With 20 years of successful stories behind him, Max Walker has built a reputation of delivering world class film and TV whatever the challenges, wherever the place. One such example was a rather ‘interesting’ request from Afghanistan’s largest media company, Moby Group. They asked he create a drama that would appeal to Afghanistan’s women, make it on a minuscule budget and shoot it entirely in war-torn Kabul. The film also needed to provide the inspiration for a follow up TV series to be made by a team of young Afghan filmmakers Max mentored and nurtured while directing this work. And finally, the story needed to ‘not offend’ anybody (tough in Afghanistan) and be good enough to match it with the big overseas dramas now dominating Afghan screens.

For reasons still unknown, “No worries” was Max’s response! 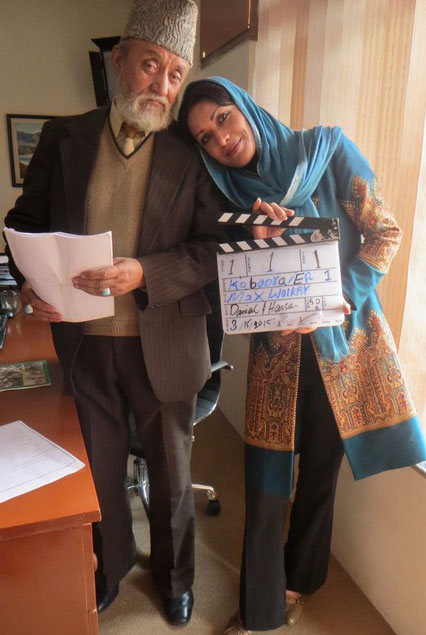 Twelve months later, working only with that local cast and crew (and just one fellow ex-pat), a film called Shereen was ‘in the can’ and Afghanistan’s first modern day dramatic heroine became a reality. Shereen went on to become Afghanistan’s most acclaimed and successful drama series ever. It was nominated for Best Drama Series at the Seoul International Drama Awards alongside the likes of The Night Manager, Mr Robot and Deutschland 83.

With a single mother working in the family court as the star, Afghan audiences could not believe their culture had been captured so sensitively and poignantly on screen. Max’s doco background and factual filmmaking style – which focuses on consultation and drawing out truths – gave Shereen an authenticity much remarked upon. The non-Afghan audiences viewing the film were even more surprised, reporting they’d never seen Afghanistan like this – or been so compelled by its characters.

Another of Max’s stories from this part of the world, The Peacemaker of Afghanistan is evoking similar responses. The script received much sought-after development funding from Film Victoria and was the first feature screenplay selected for the prestigious Australian Writer’s Guild Scripted Ink program. With this support Max worked for 2 years under the guidance and mentorship of Jan Sardi, Academy Award nominated writer of Shine.

Max’s career has been different and diverse, but his work has always appealed to mainstream audiences. His ‘big break’ came through the highly respected Australian Story program where he directed/ co-produced The Highway Man, a yarn about a swagman that became their 2nd highest rating episode ever. Another of his stories, Cracking the Code (Australia’s Lorenzo’s Oil) was equally memorable – the response taking Oz story to the top of the social media charts for the first time.

Max has also been lucky enough to work on series such as Jamie’s Kitchen (15) Australia, Medical Emergency and In Their Footsteps. He shot and directed Salam Father without any crew in war ravaged Iraq then managed, in the same year, a team of 30+ people on My Kitchen Rules (a different sort of war zone)! Programs Max has written/ directed for have been nominated for AFI awards and Logies in Australia while other work has screened at DeNiro and Scorcese’s Tribeca Film Festival in NYC.

The ride, already, has been amazing and the work an enormous privilege – but the best is yet to come.

Max was interviewed about his work by Hillross Financial Services. Below is the ‘in-house’ profile of Max – produced for both staff and customers alike – designed to showcase their broad clientele and guiding philosophy.